Due to a significant increase in the volume of COVID-19 PCR tests — our 24 hr tests are taking 24-36 hours for results. Learn More

We Are On A Mission

The concept for our company originated in the early 2000’s when a family member underwent surgery in a local hospital, contracted MRSA while in the hospital and passed away days later.

99,000 deaths from those infections annually

With a combined experience of over 20 years working in healthcare and sensitive environments, the Vytis Shield research team began to search for a solution to these devastating statistics. Our research began in 2012, to discover and create technology that would close the gaps in infection prevention in healthcare facilities across the nation.

Looking at where transmissions of microbes occur in facilities, we identified a need to create a system that would target high touch surfaces and hands and items moving throughout the hospital such as medicine carts, hospital beds and food carts, without disrupting the flow of operations. Endless hours were spent observing and collecting data to identify frequently touched surfaces and how often they were cleaned or sanitized between touches, as well as which areas of the hospital showed the heaviest traffic and therefore, contamination.

Proven FDA registered hand-sanitizer formula that kills 99.99% of germs for up to 12 hours

We’re on a mission: Imagine if every surface in a hospital had layers of permanently binding surface coatings applied, each layer providing its own unique technology to attack microbes from multiple angles, continually reducing the bioburden on the surface by 99% all year long. Now imagine if every hand in that facility was coated in an alcohol-free hand sanitizer that continued to kill 99.99% of germs for up to 12 hours or 5 hand washes. The opportunity for microbes to continue to be viable on any surface or hand would be such that it could significantly reduce the possibility of being able to create an infection. 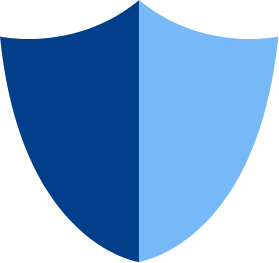 We support a large number of organizations that are near and dear to our heart.

Want To Learn More? Connect With Us